Delight for Borris-Ileigh In Intermediate Final 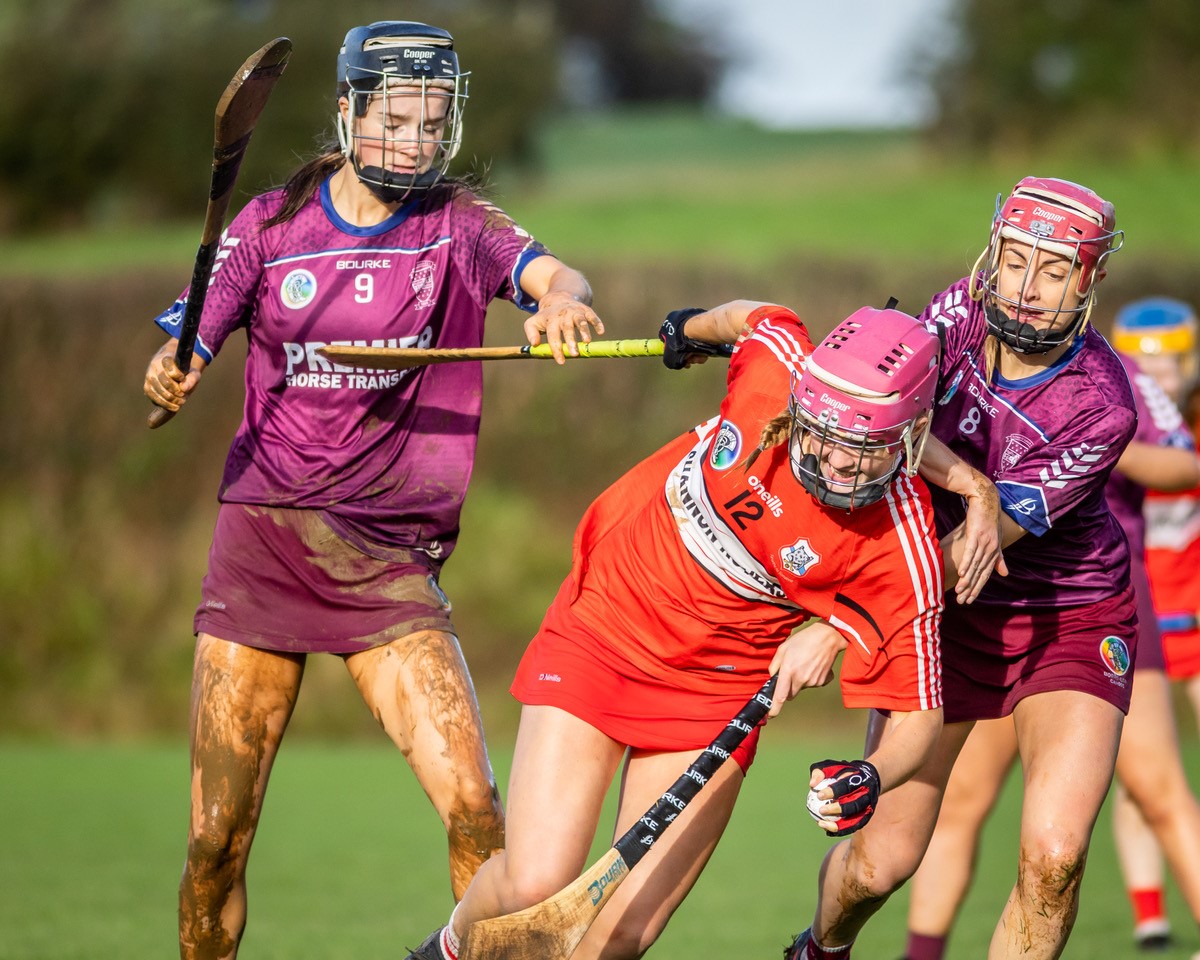 It was heartbreak for Shannon Rovers on Saturday afternoon after they lost to Borris-Ileigh in the FBD Insurance Intermediate final. It was a 3rd final loss in a row for Rovers while for Borris its back to senior championship camogie next year having last one the intermediate title back in 2014. Shannon Rovers playing with the aid of a strong wind did all the hurling in the early stages with their motivation and hunger clearly evident. This matched with a serious workrate meant they were winning all the 50:50 balls and they raced into a 1-04 to no score lead after 16 minutes. The goal coming from a long distance free by Aoife McLoughney that dropped all the way into the back of the net.  A torrential rain shower soon afters made conditions very tricky for both sides but credit has to go to both sets of players as they fought tooth and nail for every ball right to the end. It took Borris-Ileigh 21 minutes to finally score and again it came from a placed ball. A 45m from Aedin Hogan hung in the air against the wind and dropped over the line with the debate still ongoing whether perhaps Emma Maher got a crucial touch on it. Either way the score really lifted Sean Maher’s troops and they started to attack with far more purpose. Three more unanswered points left the half time score 1-04 to 1-03 and Borris-Ileigh the happier side going into the dressing room having played second fiddle to Shannon Rovers to so much of the opening 30 minutes.

Within 3 minutes off the re-start the sides were level thanks to an Aedin Hogan free. Two points within 5 minutes from Aoife McLoughney frees put Shannon Rovers back in front 1-06 to 1-04 as the supporters enjoyed being treated to a rip-roaring contest. Despite the second half continuing to be so close and competitive amazingly Shannon rovers failed to score again until a late injury time goal, meaning they went 20 minutes without a score. With 23 minutes gone in the second half the game was on a knife edge with Shannon Rovers 1 point ahead 1-06 to 1-05. A superb run and strike by Aoife Fitzgerald was initially blocked before Aoife Ryan connected brilliantly to fire Borris into the lead. Another point from Aoife Ryan followed by a brilliant Aedin Hogan point from the sideline made it 2-07 to 1-06 with the time approaching injury time. Shannon Rovers were in desperate need of a goal but the Borris defence stood firm with the exceptional Julieanne Bourke assisted by Emma Kelly and Niamh McGrath. On the 33rd minute a free from distance by Aedin Hogan dropped out of the keepers hand to gift Borris-Ileigh their third goal of the game and put the result beyond doubt. There was still time for more drama when Sabrina Cahalan scooped the ball over the Borris goal line after a Laura Leenane free wasn’t properly cleared. But there was no time for more action as the final whistle blew on an enthralling contest played in very difficult conditions. It was a fantastic second half performance by Borris-Ileigh led by their captain Aedin Hogan. They worked tirelessly all over the field which was highlighted by the performances of Aoife and Katie Fitzgerald, Teresa Ryan and Danielle Ryan. They seized on every scoring opportunity with Aoife Ryan’s goal proving key and edging them towards victory. After a terrible start where they trailed by 7 points they never panicked and worked themselves into the game to go in at the break only a point down. Shannon Rovers started the game brilliantly and deserved their opening lead with Gillian McKenna on top in midfield and Laura Leenane causing trouble in attack. Aoife McLoughney emptied the tank to cover every blade of grass and was instrumental in every attack. Celine Guinan was also very prominent in the opening half while Niamh Franks stormed into the game in the second half and led from centre back. But in the end their performance wasn’t enough to defeat a very strong Borris-Ileigh team who now take on the Cork champions next Sunday in the Munster championship.