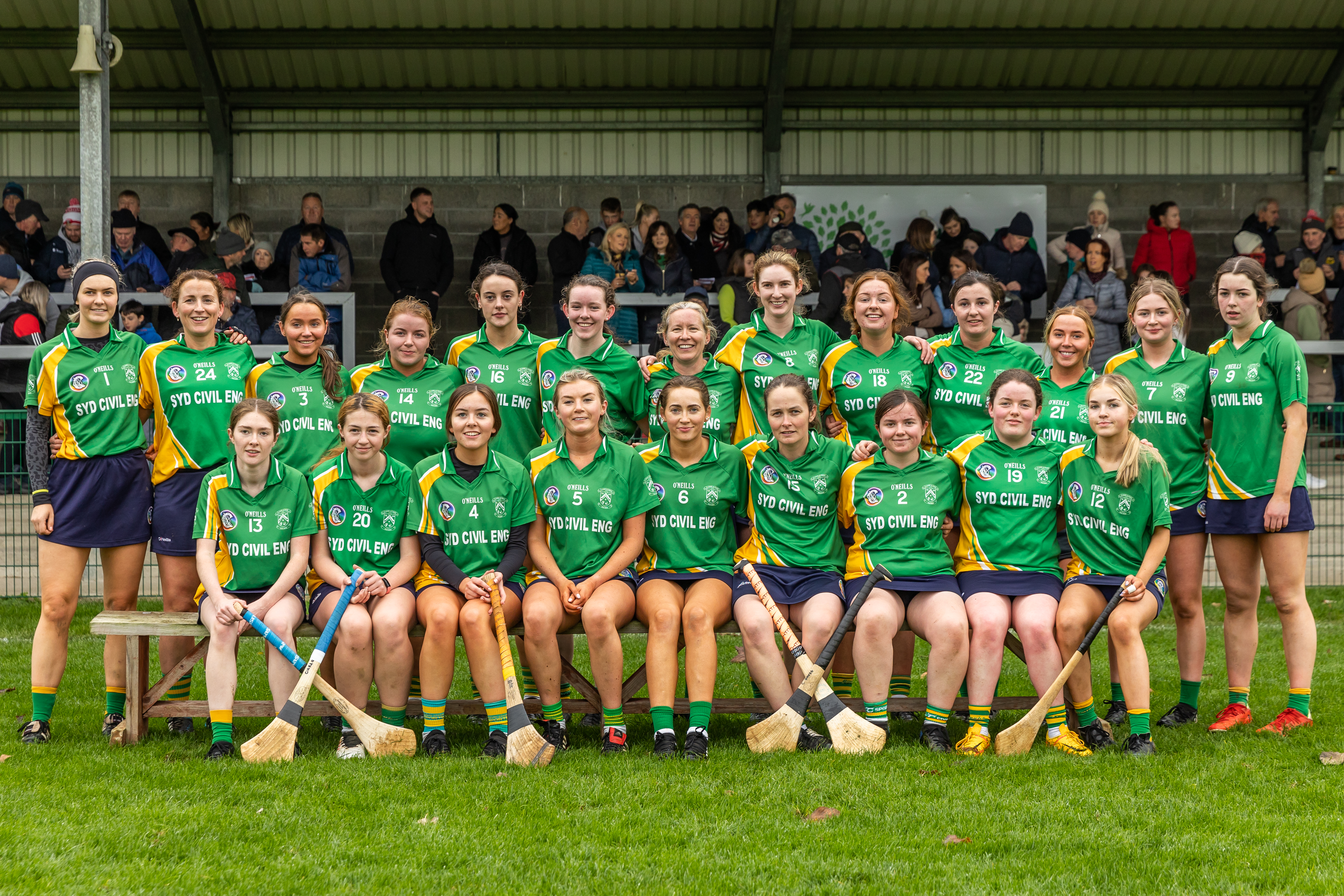 An excellent opening half from Clonoulty Rossmore put them firmly in the driving seat in Sunday’s Junior B2 county final. 7 points in succession gave them a 7 point to no score lead approaching half time before Shannon Rovers finally got off the mark with an Evelyn Enright point from play. A goal in injury time from Lucy Kinane after she reacted quickest to a great save by Meghan Dunne from an Ashling Ely shot extended Clonoulty’s lead and they looked to have one hand on the trophy heading to the dressing rooms at the break with a 1-08 to 1 point advantage. The Shannon Rovers defence were under serious pressure in the opening half as every time the ball was cleared it seemed to return as quick. This was mostly down to Clonoulty’s midfield pairing of Teresa Burke and Clodagh Ryan who were fantastic in the centre of the field and won a huge amount of possession in the opening half. Behind them the half backline of Ciara Quirke, Julie Murphy and Therese Ryan were also hugely influential limiting the Shannon Rovers attack to very little possession. Upfront Noreen Forrestal got the scoreboard ticking for Clonoulty with points from frees and play while Caoimhe Quirke who was always dangerous at full forward finished the half with 3 points .

Despite Clonoulty getting the opening two scores of the second half It was a much better performance by  Shannon Rovers after the break, really taking the game to Clonoulty and outscoring them in the half 1-03 to 3 points. Amanda Bourke and Kelly Watson were brilliant at wing back while Meabh Cahalan worked tirelessly up and down the field and delivered good ball into the forwards. On the 38th minute Nicola Kelly who also had a fine second half found the back of the net to reduce the deficit to 9 points 1-10 to 1-01. Both sides exchanged points but Shannon Rovers could never get close to scoring another goal which they badly needed to eat into the Clonoulty lead and it was Clonoulty who ran out deserving winners on a final scoreline of 1-11 to 1-04. There were family connections on both sides but none more special than Ashling Ely who captained the team having her daughter Emma come on as a sub. Ashling played a captain’s role throughout and got her name on the scoreboard in the second half with an important point.