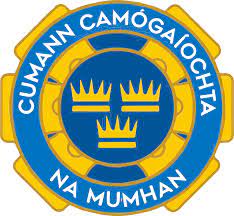 Munster championship fever has hit the neighbouring parishes of Drom-Inch and Borris-Ileigh as both clubs go in search of a place in a Munster final when they play their respective semi-finals away this weekend.

It’s nothing new for Drom-Inch to be facing into a Munster campaign as the evenings shorten and winter sets in having reached the last 3 Munster finals (tasting success in the 2020 final). However what will be new for them this Saturday is the opposition in Waterford champions De La Salle. In the previous 3 years Drom have always found themselves up against a Cork, Limerick or Clare opposition. On Saturday they travel to De La Salle for a 2pm throw in against a De La Salle side who won their first ever senior county title this year defeating the mighty Gailltir who were going for their 5th county title in a row. Similar to Drom-Inch in their decider De La Salle showed great character to come from 5 points down to win the final 1-12 to 1-10. The team is backboned by intercounty stars who were key to Waterfords impressive season in reaching this year’s All-Ireland semi final. Player of the match in the county final was centre back Keeley Corbett Barry who typified her wonderful performance with a superb individual point which started with a solo from her own number 6 position. In goals for De La Salle is Waterford keeper Brianna O’Regan who recently picked up an all-star nominee along with her club team mates Beth Carton and Abby Flynn. Beth and Abby have been in fine form this year for club and county and will likely switch between full-forward and centre forward. If Drom-Inch are to succeed on Saturday they will need to keep a close eye on both attackers. In Beth Carton the Waterford champions possess one of the best free takers around so discipline will also be key. With those 4 key players alone De La Salle look to be a very formidable outfit but Drom-Inch come into the tie bringigg with them experience, huge motivation and plenty of talent. Their panel looks particularly strong this year with all 5 subs introduced in the county final making a big impact off the bench. Caoimhe Bourke in goals and all 6 defenders have been in top form this year. Mary Burke and Niamh Long are the engines in the middle of the field while up front Niamh Treacy has been a handful for every defender tasked with marking her. A mouth watering tie is in store with the best in Tipperary taking on the best in Waterford for a place in the Munster final.

It’s a quick turn around for both Aghabullogue and Borris-Ileigh this Sunday as both teams begin their Munster campaign a week after capturing county titles. Borris-Ileigh needed 2 peroids of extra time to win their semi-final and had to come from 7 points down in the first  half to beat Shannon Rovers in the final. The Cork champions have also experienced plenty of drama lately coming from 8 points down 2 weeks ago to force a replay against Blackrock. The replay went to extra time where Cork star Cliona Healy scored a point in the dying moments to claim victory on a final scoreline of 2-17 to 3-13. Healy was the star the week previous too scoring a late free to force the replay. This time she finished with 1-11 (1-02 from play) making her the standout performer on a Cork team that had lost the last 2 previous finals. Like Borris-Ileigh last week in Tipperary there were great scenes of celebration in Cork and no doubt both teams will have enjoyed the aftermath. But now attention will have firmly turned to representing their club and county in Munster and tasting even more success. For Borris-Ileigh Julieanne Bourke had been brilliant all year in defence and will likely be giving the task of marking Healy. Sean Maher’s team have shown great character and a never say die attitude all year but no doubt they will look to rectify their slow starts in recent games. Aoife Barrett was also very good for Aghabullogue in their final operating at centre forward. Borris will be hoping their own centre forward and captain Aedin Hogan will continue her rich vein of form on Sunday along with sisters Aoife and Katie Fitzgerald, and all the Ryans, Teresa, Dani and Aoife each standout performers in their county final win.

All in Tipperary Camogie wish both Drom-Inch and Borris-Ileigh the very best of luck this weekend and here’s hoping for 2 Munster finals to look forward to!!