Classy Cork too strong for Tipp 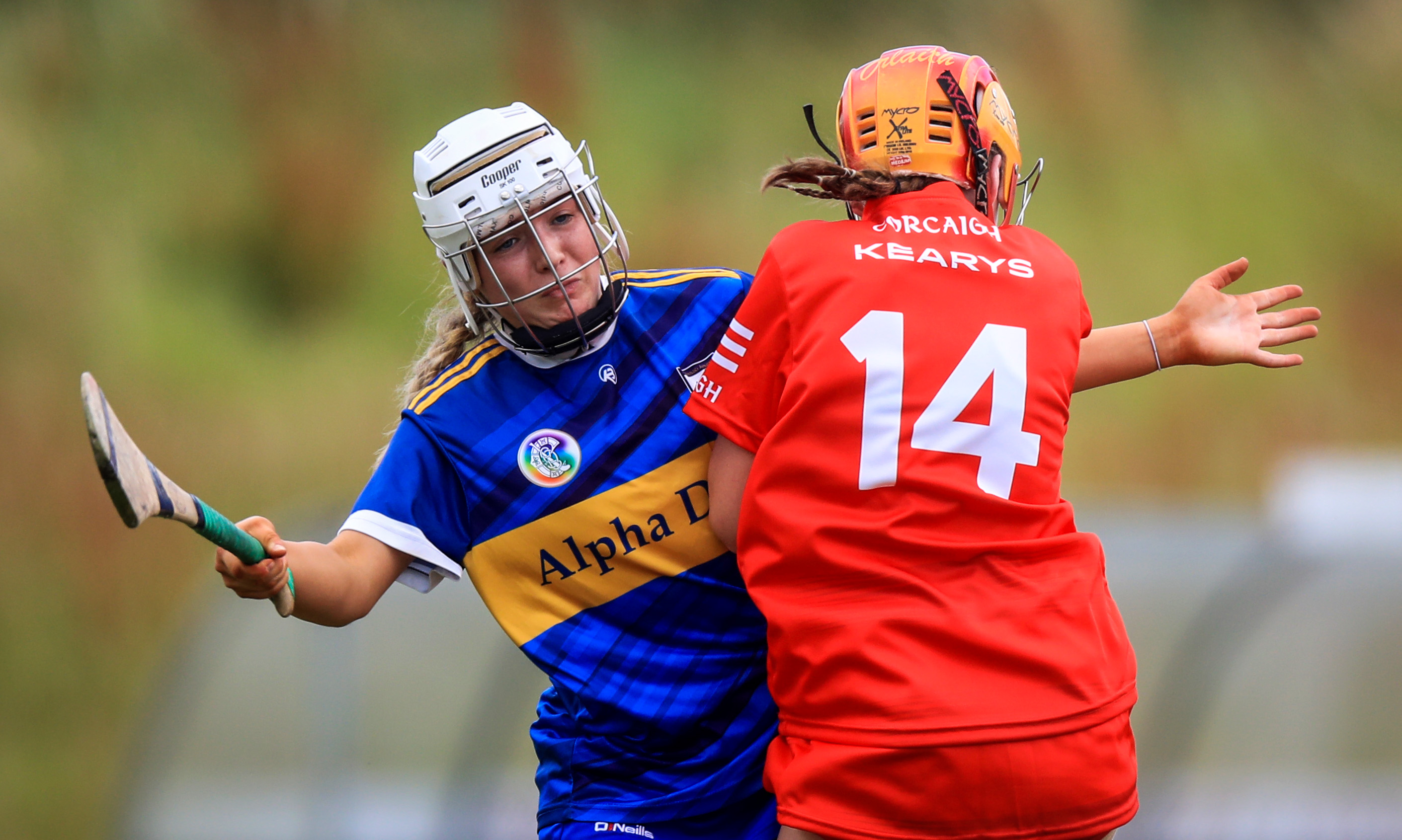 Tesco U16 A All-Ireland Final

Tipperary were the quicker of the two sides to settle in Sunday’s Tesco U16 A All-Ireland Final and raced into a 3 point lead after 12 minutes thanks to a Sarah Corcoran 45m and free either side of a Danielle Ryan point from play. Cork had threatened on a number of occasions but the Tipperary full backline of Aoife Mellerick, Irish Grace and Eabha Dolan stood firm. The signs were there however in those opening 12 minutes of Cork’s danger as they struck 5 early wides. By the 16th minute the teams were level as Cork soon found their range and 4 minutes later they went in front for the first times thanks to points from Kate Fennessy (2) along with 2 Grainne Finn frees. In front of a packed stadium the crowd were really enjoying the opening exchanges and when Caoimhe Stakelum levelled up proceedings 4 points all it looked like we were heading for a cracking final. The game changed drastically in the 5 minutes before half time when Cork struck for 2 goals to give them a 7 point lead and swing the momentum completely in their favour.

Sarah Murphy who had been introduced as an early substitute reacted quickest to a long range shot from Amy Fitzgerald that was batted out and she fired home Cork’s opening goal. A pointed free from Ava Fitzgerald made it 1-05 to 0-4 before Caoimhe Stakelum who had a fine opening half pointed to bring it back to a 3 point game. But disaster struck for Tipp once again moments later when Grainne Finn latched onto a rebound from Orla Cremin’s initial strike and struck a low shot into the back of the net. Kate Fennessy responded with another point to put Cork into a commanding half-time lead 2-06 to 5 points. After the restart Sarah Corcoran landed a free for Tipperary but as manager John Ryan eluded to after the game ‘Cork were slicker with the ball and got their scores easier’ than Tipp. Three more points by Aoibhinn O’Neill, Kate Fennessy and Amy Sheppard made it 2-9 to 6 points with 36 minutes on the clock. At the 3 quarter mark Cork looked to be in total control dominating most areas of the field to build up a 2-13 to 8 point lead. Tipperary’s scores courtesy of two frees from the ever reliable Sarah Corcoran who had an excellent game throughout, always composed on the ball and read the game well at centre back. Unfortunately things didn’t get any better for Tipperary in the final quarter as Cork who had a much greater spread of scorers (8 in total compared to Tipperary’s 4) powered their way to a hugely convincing victory on a final scoreline of Cork 2-18 to Tipperary’s 10 points. Tipperary’s final 2 points coming from another Sarah Corcoran free and a Nicola Kelly point from play. It was a bitterly disappointing defeat for Tipperary but on the day they came up against a top class team in Cork who have now won back to back All-Ireland U16 A titles. Credit to Tipperay they fought to the bitter end and never made it easy for Cork. Paula Quirke continued her brilliant form all year with another excellent display in midfield. All the subs introduced gave it their all with Ciara O’Hora in particular showing great determination and making a good impact. Tipperary will regret  not getting more scores in the first half especially in the opening 15 minutes when they did enjoy most of the possession. In the second half they had to live off scraps and frees while Cork had a very formidable front six that caused real damage at every opportunity.